The following statement by Cllr Robert Eggleston, Leader of Burgess Hill Town Council, seeks to give an update on discussions to be held at the Strategic KAG on Friday 17 June, and his recommendation for future action by the Town Council.

“When the project for the building of the town’s new community centre and performing arts venue, which came to be known as The Beehive, began no-one could have predicted the unprecedented events that the world has witnessed over the last two years. The global pandemic and now the war in Ukraine has had a major disruptive effect on supply chains, the prices of goods and energy costs. We know from our own shopping baskets how we are being affected by the cost of living increases and the same effect is being seen in the commercial sector and causing an inflationary spiral. The Bank of England is trying to control inflation by increasing interest rates and these are heading to levels not seen for many years.

Beehive Loan Application gets the thumbs up!

Burgess Hill’s proposed Beehive community centre and arts venue has received a massive thumbs up as the Town Council has now received approval for the £4.8m loan.

Earlier this year the Council consulted widely with the residents of Burgess Hill and received overwhelming support for the project to go ahead. An application for the £4.8million was lodged with the Public Works Loan Board and approval for the first tranche of £1.68million has now been received. Provided satisfactory progress is made further tranches will be approved and released as the building is constructed.

Mid Sussex District Council is currently considering amendments to the original planning approval which will allow demolition of the old British Legion building in Cyprus Road to commence, and their decision will be known in the near future. A bat survey has been undertaken and showed that no bats were present on the site. The application for a Charitable Incorporated Organisation to manage The Beehive has been approved by the Charity Commission and a professional team has been appointed to manage the demolition and construction.

Leader of the Council, Robert Eggleston commented, “this is tremendous news for Burgess Hill as approval of the £4.8m loan gives us the financial muscle power to deliver this key community project for the town. We can now also begin to look for other sources of funding so that we can either reduce the amount we borrow or look to deliver Phase 2 of the project at the same time as Phase 1. Whilst there is still a long way to go we can begin to look forward with real confidence that The Beehive can and will be delivered.” 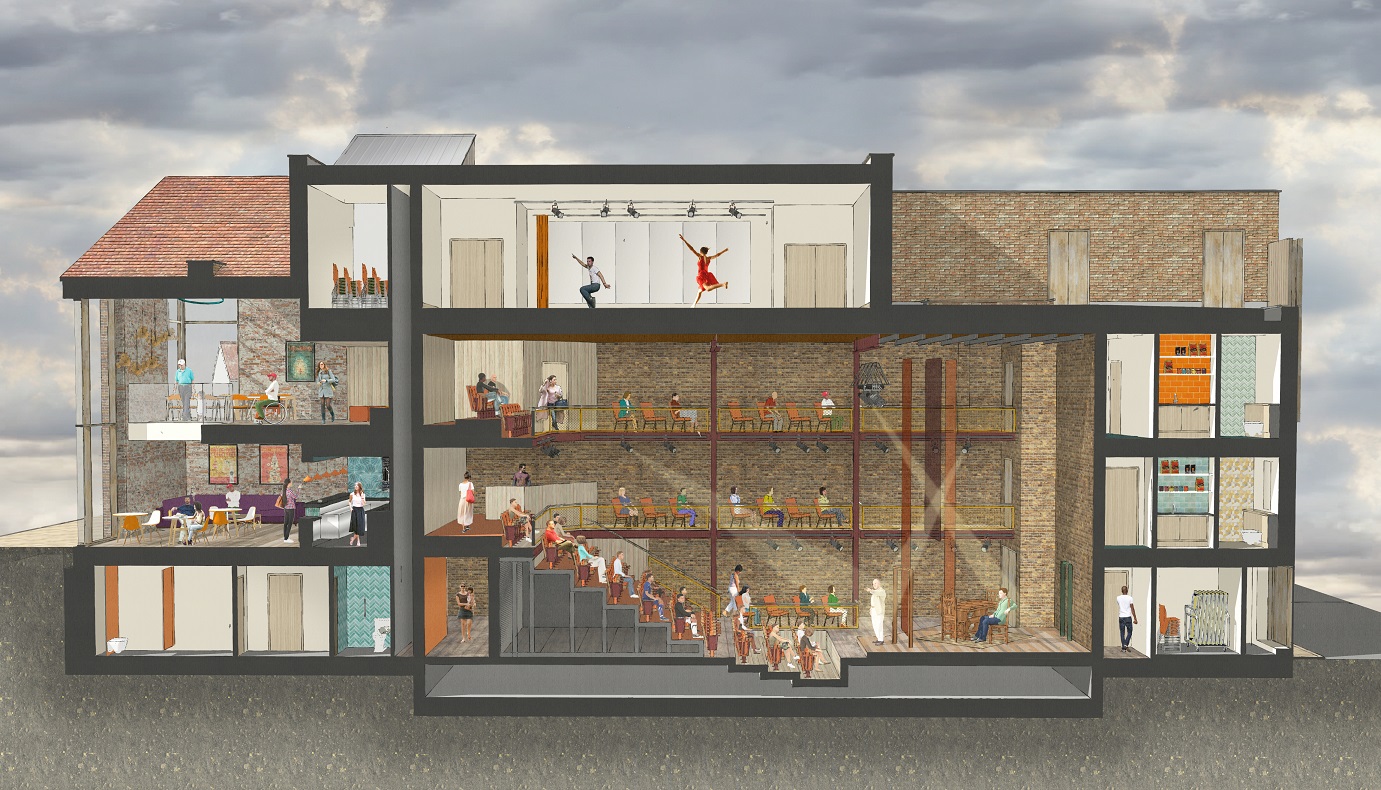 The Beehive is designed as an attractive modern building with an internal layout that can be quickly reconfigured for a range of uses. A core element is the theatre, a characterful and inviting space with seating set on an upward slope and two galleries, capable of hosting shows for up to 300 people.

The building will be completed in three phases but will be opened and ready for use when Phase 1 is completed.

Phase 1: This will be the main build on four floors featuring all the key aspects including the theatre auditorium with sprung floor, flexible meeting/dressing rooms and café/bar.

Phase 2: Is the completion and fit-out of the second floor which creates a dedicated rehearsal, dance and education suite. The suite will be fully equipped with sprung floor, changing facilities and waiting area.

Phase 3: This will see the integration of The Beehive with Cyprus Hall next door. Cyprus Hall would be completely refurbished and linking the two buildings would increase available facilities through the addition of more meeting areas and a museum display room.

Planning Permission for Phase 1 and 2 was granted in January 2020. 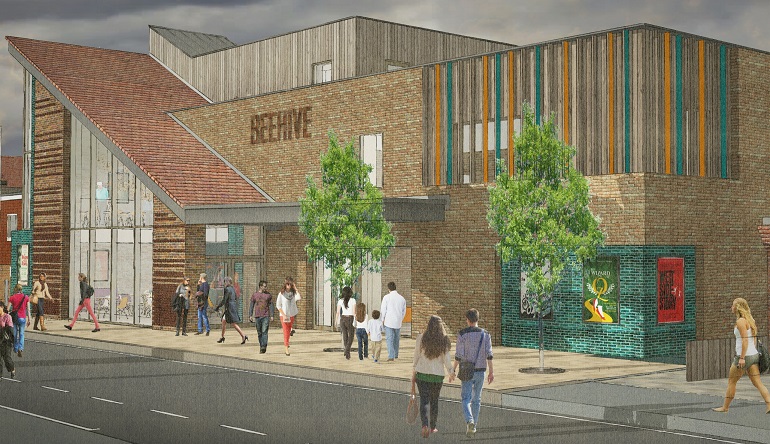 The cost of the first phase will be in the region of £5.3 million and Burgess Hill Town Council is to take out a loan of up to £4.8million from the Public Works Loan Board to build The Beehive with annual loan repayments in the region of £150,000 per annum for the life of the loan (50 years). The Town Council will not need to increase its element of the council tax to repay the loan which will be funded from existing budgets without the need to cut services.

The core of the project will be funded by the loan with the balance from funds the Town Council has set aside and other already identified third party monies. The Council will continue to seek funds from other sources to either reduce the amount it borrows or use it towards the cost of Phase 2 and Phase 3. The project is dependent on securing the loan of up to £4.8 million and the Council needed Residents Approval to apply for this core funding. Residents were asked to vote on the funding proposal during the consultation which ran 18th March – Wednesday 21st April 2021 and the result was a resounding yes. Thank you to all who took part.

The open Zoom consultation sessions have now finished but please don’t hesitate to contact us if you have any questions about the project.