Burgess Hill will hold its annual Remembrance Day Parade and service at the War Memorial on Sunday 13 November.  The parade to the War Memorial will commence at 10.25 hours from the rear of Cyprus Road Car Park. After the wreath laying there will be a Service of Remembrance in St John’s Church.

This will be followed by 2 minutes silence at 11.00 hours, after which there will be a short ceremony to remember all the animals that served, suffered and died alongside the British, Commonwealth and Allied forces in the wars and conflicts of the 20th century.

Burgess Hill Town Council’s Help Point will be hosting the People’s Wreath for members of the public to donate their poppy to the wreath.  The wreath will be placed on the War Memorial on Armistice Day, Friday 11 November.  If you would like to donate your poppy please call into the Help Point at 96 Church Walk, Burgess Hill from Monday 31 October.

Residents and businesses are invited to join both ceremonies at the War Memorial. Service sheets can be downloaded below.

For the war memorial service on the 11 November click here for details.

For the Remembrance Sunday Civic Service on 13 November click here for details. 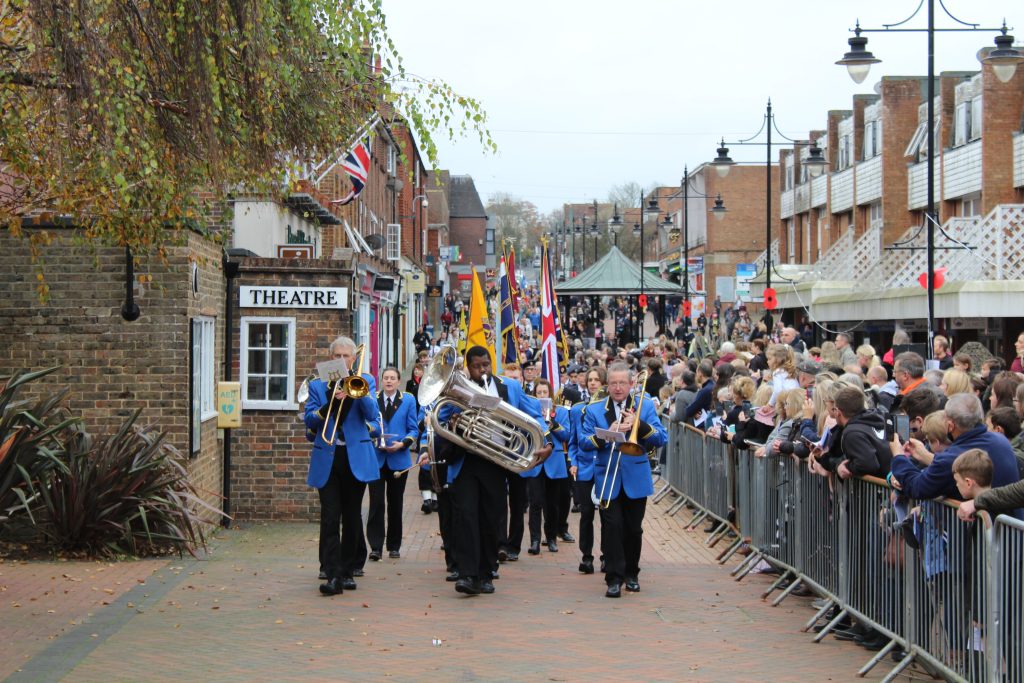 Picture of the ceremony 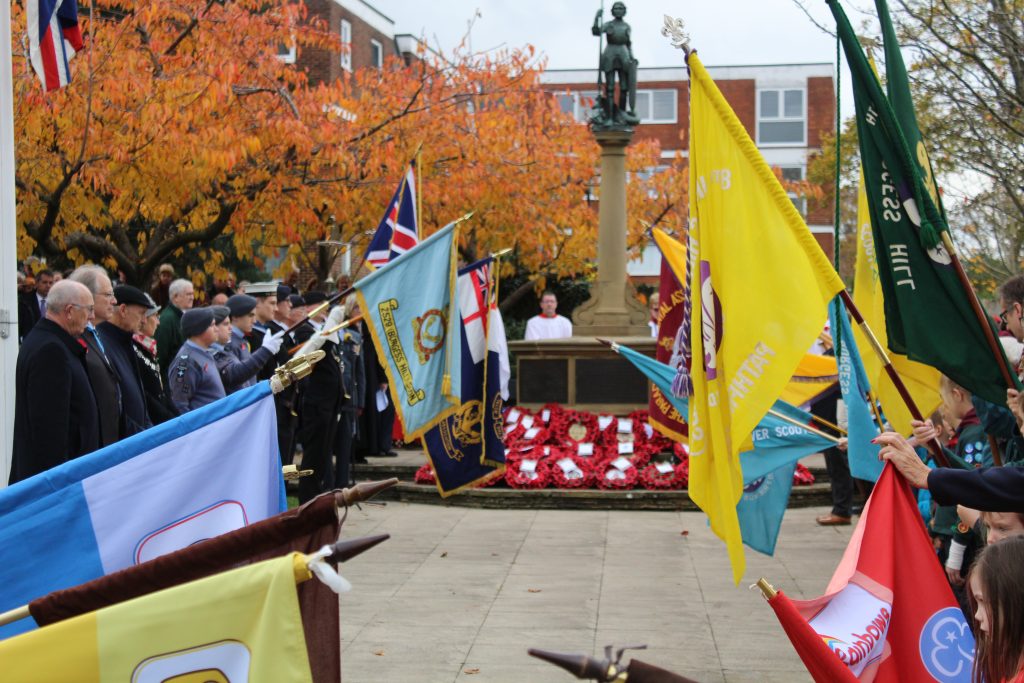 Picture of the war memorial